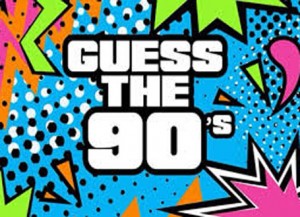 A newer entrant into the picture quiz genre is the free themed app, called Guess The 90s. The thing that I enjoyed most about this game were the graphics and the fact that a single image could take me back in time to reminisce about people I haven’t seen in years.

The premise for Guess The 90s is like many other apps of this kind. Your objective is to correctly guess the item that is featured in the image provided. A correct answer earns you some coinage to be spent in the virtual app store.

I must admit that when I first downloaded this game, I thought it would be a piece of cake. Several hundred levels later, I realized just how little I know about the grunge era. Levels that involved music imagery were no problem. I started having difficulty with some of the TV shows, fads, games and models.

If you enjoyed this period in time, but find yourself in a quandary about what it is you are seeing, give Guess The 90s Answers a try and see if that will get you back into the groove. Every level of the game is featured there and the solutions are organized in an easy-to-find way.